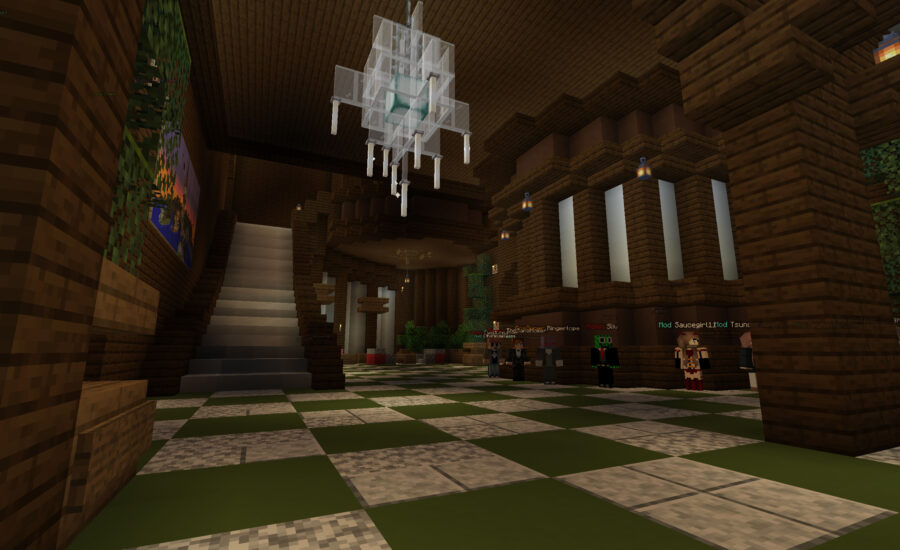 What to Buy for a Minecraft Fan

You could give simple gifts on Amazon:

I really just think of any items that can benefit them electronically or virtually because I fell like that would either help in-game or in their own game. I think giveaways should be special so the players get really good items because the chances are really slim. But overall The players should get something they can value for a long time or just blow all their money away on v bucks :).But on a serious note player should really try for what they want so you should do q and a’s and ask what the players want. But that’s why I want to become staff to help people with those things and help around the server so that you (The server) can become very successful. So the server should have a different rarity of prizes like every month have an epic prize and every week have an uncommon prize so that the players can schedule playtime and wait for better prizes. A server with a good prize system is always worth playing even just a little bit so the prizes that I recommend and other people recommend should be worth people’s time. All players should have a chance of winning any of the prizes not just some ranks because that is really unfair to the non’s and that is how the player status builds up from treating people fairly.And that’s my version of the prize system.

I would divide this into two categories, in game rewards and in real life rewards. For in game rewards, I would give away server ranks or crate keys, if those were to be a part of a server. This server over a range of prices. Mostly under 50 dollars however. I think this would be a good way to reward players in game, for their achievements in game. These ranks or crates would have beneficial, and possibly exclusive rewards. For example, lets say there was a Christmas event occurring. There was a prize for completing a number of holiday-themed challenges. If a player completed all of the challenges, they could get the exclusive reindeer rank. This would come with a bunch of exclusive, Christmas items, like “Santa’s Sword.” I think this would be a good way to get people excited for events, giving them an opportunity to get some limited time rewards. As for the real life rewards, I would do gaming related things. I think this would work well as they won a gaming give away, so they should get a gaming prize. For an under $50 dollar prize, maybe a new gaming mouse:

Another gift suggestion would be just amazon gift cards. Someone who already has a top tier gaming keyboard might appreciate a $50 amazon gift card instead, giving them the freedom to choose thier gift.

If a server were to host a giveaway i feel that a participant must earn it. I would recommend any prize above $100 should contain multiple events showing skill so for example parkour, pvp and building to show different aspects of the game and for the participant to prove their worth and to prove that they are not just a fluke. As for the prize itself i think it should be an amazon gift card this leaves the winner open to many possibilities of what they actually want to buy instead of being limited to something they may not even be interested in, in the first place if you cannot provide a gift card i would pay-pal the winner. If a server is struggling with financial problems giveaways and competitions should be limited to only about once a month with the prize being quite small ($50 etc). If your server is not dealing with these problems i would heavily advise that you do actually do frequent giveaways, just to give back to the community and also to create an insensitive for people to stay on the server. Mabye it would be advisable to hire a financial officer for the server, this is what big servers with giveaways do and this could help the giveaways run smoothly while also assuring the server doesn’t go bankrupt which is a real threat for a server which pays its staff while also plans to do giveaways. Going back to the point of not being able to give money or an amazon gift card here are some things i would recommend the above items from Amazon.