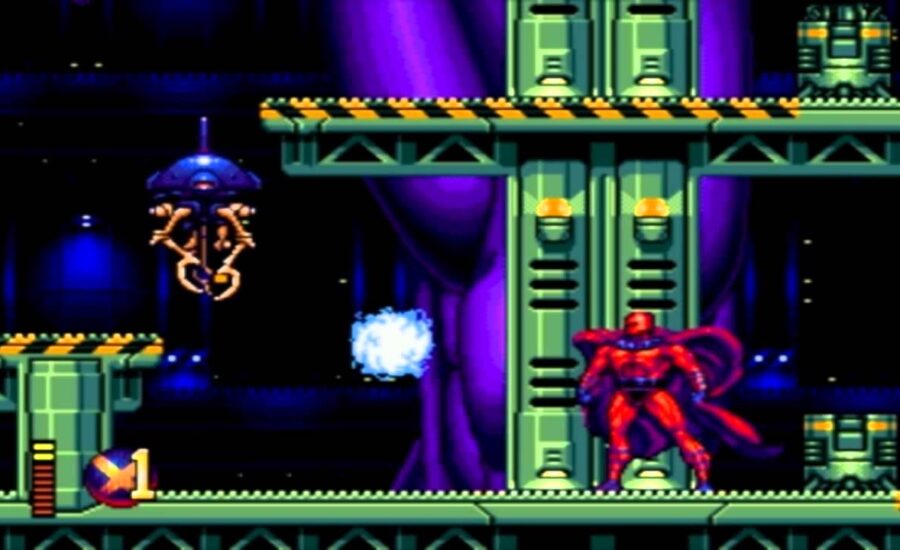 Review of X-Men 2: Clone Wars for the Sega Genesis

Released for the Sega Genesis way back in 1995, the game X-men 2: Clone Wars was one of the more anticipated games of that year, and for good reason too. With the new movie “X-Men: First Class” out in theaters, some new fans or fans who have had their interest revived, may want to look back for some interesting and fun games based on the series.
The story of X-men 2 is that an evil alien race called the Phalanx has begun to take the form of heroes and villains from the x-man mythos. Thus, it’s up to the X-men and their ally of convenience Magneto to prevent the aliens from taking over the planet. The story is developed in-game through cut-scenes showing Professor X using cerebro.

X-men 2 has a greater selection of playable characters than the first X-Men game. Wolverine, Cyclops, Beast, Psylock, Gambit, Magneto, and Nightcrawler are all fully playable in the game, giving the player quite a lot to choose from. Each character is given their own powers, and the stages in game are made to draw out the strengths and weakness of each character.

The design of the stages in X-Men 2 is very impressive, with multiple acts within each level, and each act is many times a long, sprawled out maze. Likewise, the levels have very creative gimmicks to them. The first stage is a “cold start”, which begins as soon as you power up the Sega Genesis. The second level has you trying to get out of the stage with a time limit after you beat the boss.

The game play is fun. The characters move as they should, the controls are better than most games for the Sega Genesis. Likewise, X-Men 2 is free from any notable glitches. The graphics add to the game, with stunning textures (for its time), and plenty of animation on the sprites. The music is some of the best you can get on the Genesis.

Overall, X-Men 2: Clone Wars captures the feel of an early 1990’s X-men comic book. Action packed, suspenseful and full of enough surprises to keep you on your toes. Any X-Men fan who is interested in getting a video game to play that captures the feel of the series should look no further.