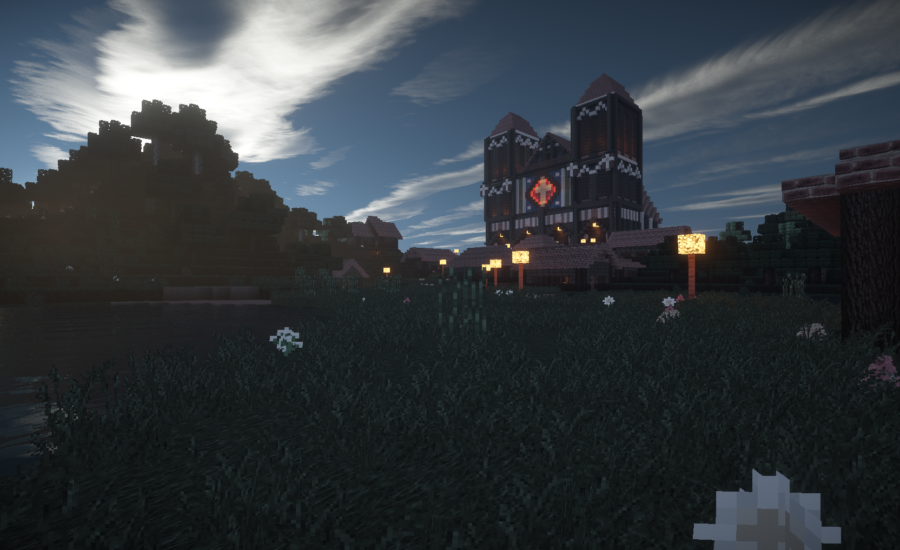 There are plenty of guides on how to start your server. It’s fairly basic: know what you want, have money, do it! And, some day I may even make my own guide for you all, because it is important information. However, when I was first starting my server I realized there weren’t any guides to on how to be a good admin. There wasn’t any advice from other admins. This information is applicable for guild leaders or any type of community leader.

As someone who has been a guild leader to two different WoW RP guilds and who has also run a few different Minecraft servers, I’ve definitely learned from my mistakes. This can be a thankless job at times, but I’d like to share some advice to those who wish to pursue it. Starting a Minecraft server is hard work, but there is a certain amount of pride you get out of it when you build your own community with people you (usually) hand select).

Have the time to play and manage the server:

This is number one for a reason: it is the most important piece of advice I can give you. I’m sure we’ve all belonged to a server where there admin slowly faded away and the server with it. I’ve been at fault for breaking this rule, myself. Sadly, that server did fade away fast because I didn’t have time for it. In truth, I decided to stop running my server because I wanted to work on my artwork and Twitch. You have to be able to dedicate hours out of each day to work AND play on the server. Don’t let your joy for the game falter. The moment you get bored or busy then your community will suffer.

Use Minebrowse.com for your advertising needs

Find someone you can trust as a co-admin or demi-admin:

Your server will most likely be too small for you to get any mods. In fact, I would suggest not modding anyone for a few months while you get to know your new players. My suggestion is to go into this with a friend. Someone you can trust with your cpanel (if you’re in a pinch) and who you know will enforce any server rules. This can be a 50/50 ownership or if you prefer it can be less balanced, with you taking up more responsibilities. However, having someone who can step in to run the server if you take a break or have a bad week can be the difference between a dying and thriving community. Communicate often with your other OP and make sure you forge a strong friendship with them. You will depend on each other and you should be able to get along.

Know what kind of a server and community you want to build:

This is very important. Do you want adults, mature, or free to all? What type of people are you looking for to play with you? And, what kind of server do you want: vanilla, games, modded, plugins? Above all else, make sure to decide what you want and then stick with it. Tweaking your server and rules is just fine. However, do not continue to change your server, plugins, and players based on what one or two vocal players or because you think it will bring more people in. Mold your server based on what you would like to play on and run. Otherwise, you will exhaust yourself jumping through hoops trying to make everyone happy.

Your website is an important resource for your players. It serves as a wiki for your players who might not know the ins and outs of your server. It also serves as a beacon for potential players because SEO works quite well with both website and YouTube. So, in case someone searches “mature modded minecraft server with bibliocraft” your server might pop up first. Websites are easy to set up and you have a variety of choices (SquareSpace, WordPress, Blogger, Wix, PHPBB Forums, or Tumblr) and domain names are inexpensive via NameCheap. Don’t be fooled thinking you can pull a lot of players through Reddit or websites like Planet Minecraft. Remember that players won’t likely participate in server forums, so if you create one make it short, simple, and informative.

The majority of your recruitment will be via friends of players, MC Forums, Google searches, and YouTube. Remember to link to your MC Forums recruitment thread on both your website and every video you post. In terms of YouTube, at least have a welcome video that shows that you’re a friendly, dedicated admin. Show off your server and explain what the features of your server are.

Use a whitelist, applications, and vet your players:

Accept applications through one location (your MC Forums recruitment thread). Don’t make it to where people can submit them through website/mc forums/reddit etc. This creates more work for you and will eventually make your application process take longer as you will have multiple locations to check. Direct all new players to submit whitelist applications and then make sure to use websites like Fishbans to perform a background check on them. Remember to also look up their previous MC Forums posts and even Google their IGN or any other information they gave you about yourself.

Red flags to look for from a potential new player:

Have a Skype group and Mumble/Teamspeak for your server:

It is crucial that your players have different places to speak to each other. Encourage them to connect and play other games. Consider having events and make the server fun. At the end of the day, it’s just a Minecraft server, players will lose interest as all people do with games. But, if you create a community “bigger” than Minecraft you can beat this phenomenon. Do be wary who you allow to have access to this community. Don’t allow drama within it (more on this later).

Learn the difference between a toxic player and an unhappy one:

Earlier than you think you will come across one or two people who are on your server whose primary intention is to cause drama. I don’t know if they’re bored, trolls, righteous, or all three, but it is completely inevitable. Your job is to gain the gift of discernment to see whether or not problem players are worth reconciling or should be kicked from the server. You are a leader and this is leader’s work, after all. You won’t always be right, I certainly haven’t. The key to understanding the difference is one word: toxicity.

Red flags of a toxic player who is on your server:

These types of players deserve a Zero Tolerance Policy. You will not be able to persuade them to be better community members. They’ve already got it in their head that they should be running the server. The easiest thing to do is immediately unwhitelist them and take them out of all community chats/TeamSpeak. Don’t be afraid of the ban hammer– there are times to use it (ie: toxic players and trollers/griefers). Ignore them if they choose to bring drama to you in any way (via Twitter/hearsay/MC Forums etc) and eventually they will go away. It will be difficult, however, your community will be much better for it.

Red flags of an unhappy player:

This is a player you can salvage. They typically just need a little love. Confront them head on and tell them why their behavior is alarming to you. Ask them how you can make their server experience better. What I’ve found to work the best is to create an event and ask them to lead it or ask them to create an event. Players like this typically need direction and like to be put in a position with some “power” and need a lot of interaction with other players. Try to make them happy if their demands aren’t too serious. Do they want an Ender Dragon fight? Would they like some sort of building competition? Don’t brunt the weight of community events, instead empower your players to take such things into their own hands and provide them with support that they need to accomplish what they desire. (Remember: Don’t ever become a slave to the incessant “I’m bored” player once you’ve tried to empower them. You aren’t their to provide 24/7 entertainment, just make sure you build up the community to be somewhat self reliant in this regard.)

Do not let your emotions get the best of you:

When dealing with toxicity, unhappy players, drama, and stress remember to take breaks and nurture yourself. The very last thing I would ever advise is to make a snap judgement without knowing all the facts about a situation or player. This is one of my greatest weaknesses (and sometimes strengths) and which is why I opened my last server with co-admin SweetMopy whose temperament is unlike my own. We balanced each other very well and together were able to make tough decisions. Remember: Always have the full story before you make a decision.

Listen to what your community is telling you:

I’ve tried to make it clear that you are the server owner. You have the power over what is decided and how the server is run. You are not a slave to those who cannot entertain themselves, nor to those who wish to troll by causing server drama. It is your job to rise above all that and run your community in a fair and fun manner. With that being said, don’t ignore what your community says. Strike a balance between not bending to everyone’s whim and listening to prominent players who have ideas for changes. If a player(s) comes to you with an idea for a plugin, genuinely show interest. Research the plugin (idea, event, game or whatever it is they proposed) and make a pros and cons list. While it is “your server” at the end of the day it’s also “their community”. If players have ideas, let them give input and watch your server evolve and flourish. Just remember: balance is key.