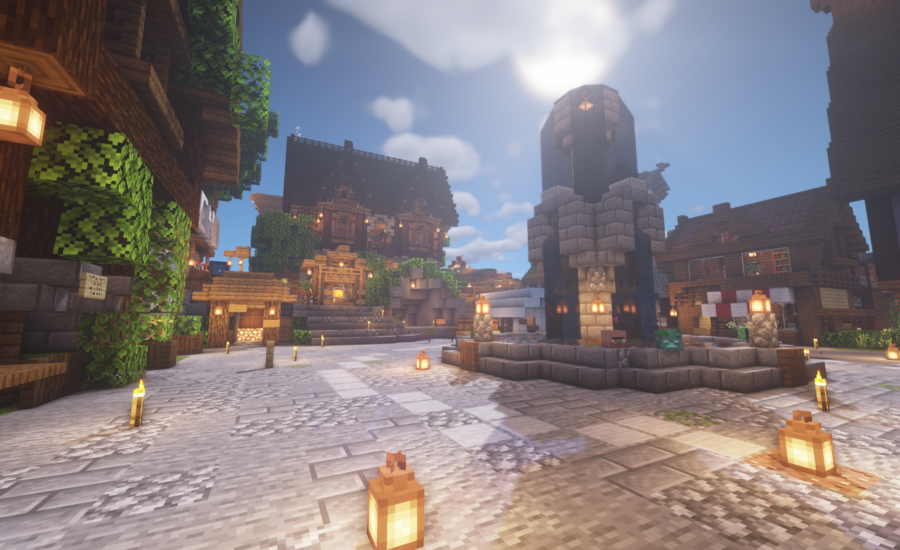 Minecraft Server Giveaways: Is it a Good Idea?

I would give an average Minecraft Player, either the highest Rank on the Server, or a Gaming Device, such as an Nintendo Switch, Xbox One, or PS4. My reasoning behind this is because it’ll help create a better community, now what I mean by this is simple, if you do giveaways in a community, it not only makes you feel good, but it also boosts the reputation of your community immensely. Your basically doing 2 things at once, your doing a good deed, and helping your community grow, which is essential when first starting out.

If you see every successful business, whether it be a Minecraft Server such as Hypixel, or a technological business such as Apple, they all have one thing in common, they offer deals and giveaways to they customers from time to time. Now don’t get me wrong, when I do a giveaway I’m not just doing it for the business side of things, but instead to make someone in our community joyful, however the business just happens to benefit from it along the way. When doing things like this you show your audience/community that your not Money Hungry, your not Selfish, your not just the average business man, but instead you show them that you actually care about having a happy community, and that your willing to even spend a large sum of money, whether it be $100 – $500, just to make the people in your community smile.

From my point of view, I see giveaways as a way to give back to the community for all that they have done for us. Your community is the reason why you have what you have, it’s the reason why a Server becomes successful, so it’s only right that you give back to them. I’ve been in the Minecraft Community for over 3 years creating Servers, joining teams, and overall meeting new people, and I from my experience, the best part about it was being able to give thanks to the community by giving back.

Some communities do giveaways of either PayPal money, or Amazon money, for the sole purpose of bringing in more people, in order to become more popular and more wealthy along the way. Servers such as these always end up failing in the long run, when you run a Server, you do it because you love what you do, and you love the community, your creating a place for people to have fun and be themselves, your not creating a “Money Making Machine”, and that shouldn’t be your focus. However, the point I’m trying to make is this, I would do a giveaway of either Ranks, Gaming Devices, or possibly even money for only one reason, and that’s because I love my community, and I want to give back for all they have done for me.

If it were to be a reward whether be from a giveaway or event or from anything in general being provided by a server it should be within the best interests of the server and individual to prioritize the security, safety of the community. By providing a physical gift which will most likely result shipping as attempting to deliver irl or chances of the individual being close by to deliver is slim and not safe. It will require the individuals address which is significant information and while we may believe or be good people at heart not willing to bring harm it still will incur the doubts, concerns of people. To best avoid that the best approach would be giving a digital gift such an e gift card which would basically require sending card information through messages.

If the server was doing a giveaway I personally would not go in the direction of giving out physical items from Amazon, this is due to the fact that people in general would rather be gifted the money and then be able to decide what they want from it. This also allows for an open minded giveaway instead of a giveaway that may only benefit certain people or players.

What I mean by this is the following: If you were to choose a physical item to give away to the players you are basically targeting an audience only for that specific product and not for the large majority of the community. By giving away the money you are targeting the whole community and giving them free range to buy and save whatever they want.

Generally it is just a better aspect to give out the money rather than items, as it makes sure that you are showing interest in the full community and noone feels left out in any way, shape or form.