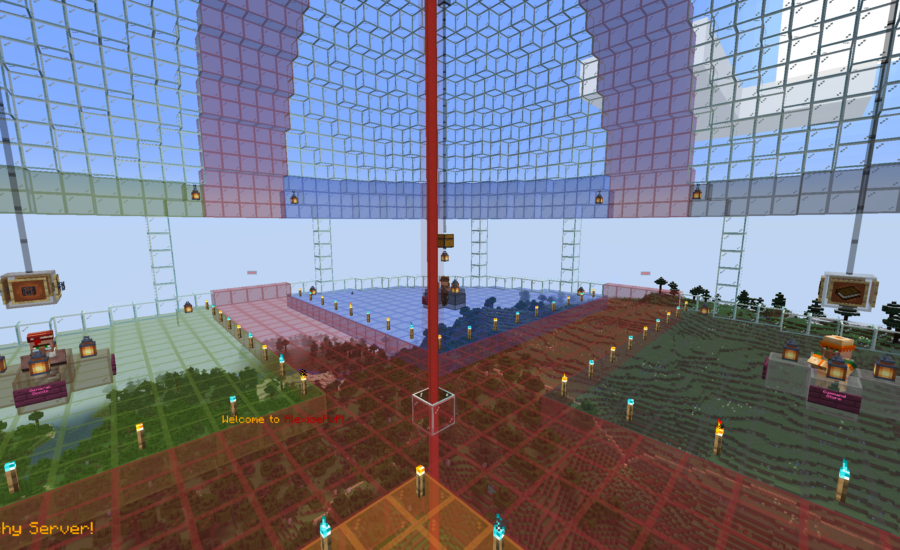 AlexioePvP is a server fully funded by the owner! No donors or pay to win, They want you to experience the best that there is to offer!
IP: alexioepvp.mcserver.at
About AlexioePvP:
They are a clan server with griefing and pvp allowed! They have anti-cheat and anti-xray, with a sky spawn like you never seen before. With everything Importantly being simple!
Admin shops that sell things that players can’t get like mob spawners and commands!
They also offer player shops to rent at the sky spawn!
Travel from spawn and create you’re own settlement. Chose wisely where you pick to set up a base, Raiding is allowed!
Create a clan and allow others to join to take over the pvp scene! Mine for diamonds with your clan or solo too make purchases
at spawn for unique items. They also dont offer any donor ranks, so everyone is equal meaning no cash is going to be accepted for p2w items or ranks! They hope to become one of the biggest anarchy servers that exist and will stay consistent enough to do so!
We hope you join alexioePvP and give it a try for yourself its worth it!
Features
– Diamonds as currency!
– all essential commands /sethome, ect
– Clans
– Good anti-cheat and xray protection
– NO Donors
– Player shops!
– Commands/spawners at the admin shop!
– 1v1 duels! /duel command
The future for AlexioePvP
They plan on creating a stable environment for people to hop on and play for years to come! With features being added as the user base grows, the skys is the limit! The most important part of AlexioePvP is being simple but diverse in features to keep it entertaining! As the server grows who knows what direction they could take next as they expand the Alexioe Network!
Server to be developed as user base grows.
Share: