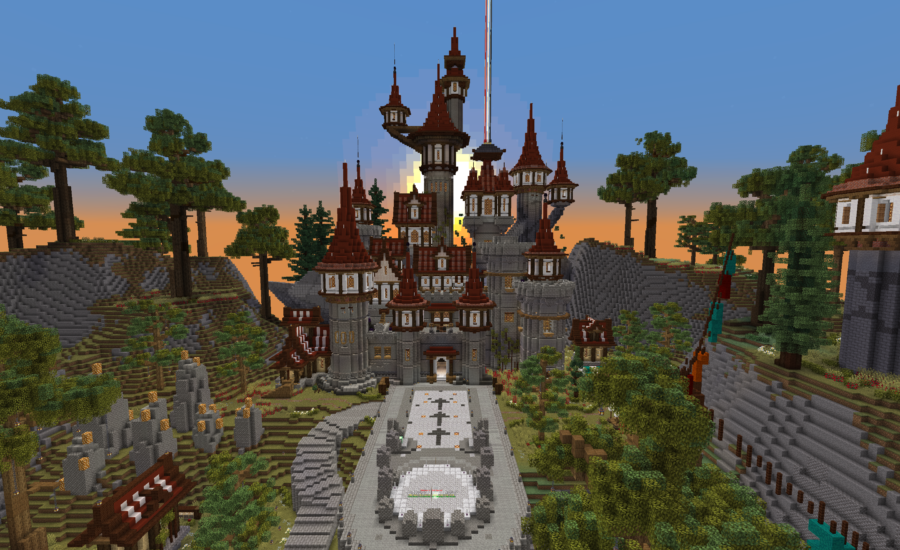 Civil Realms is a server that offers skill levels and abilities via MCMMO, a player and npc-based economy with integrated jobs and quests, and optional storylines with dungeons that can be played cooperatively (IP: civil.apexmc.co)! Though largely relying on cooperative PvE gameplay, they also offer opportunities for PvP in arenas and tournaments. For those who choose not to participate, PvP can be toggled on and off at any time.

They have 26+ ranks that offer players a chance to display their statuses — obtainable by luck and gameplay. Each rank comes with its own set of perks. For example, once players reach the “Trader” rank, they gain the ability to create chest-shops for others to come buy and sell items. Players have the ability to progress through ranks in many different ways: earning in-game money through jobs or selling items, questing, submitting honest votes about our server, and luck! Rewards are given on both monthly and weekly bases through competitions for superlatives such as “most impressive build”, “top quester”, and “richest (with in-game currency)”. On top of that, Civil Realms also host frequent events such as races, tournaments, and drop parties that offer players exclusive rewards.
Civil Realms is a brand new server that just opened up November 22nd, 2021. They use Java version 1.17.1 and will be transitioning to 1.18 once the update is released (if it hasn’t already by the time you’re reading this). Most major changes and additions to the server are decided through community votes. This allows players to control where the server goes in the future! This allows for individuals’ voices and opinions to be heard! Ultimately, their goal is to have a friendly, tight-knit community of players that are given frequent opportunities to participate in events, festivals, and competitions. For the more dedicated, helper and moderator positions are open. Join civil.apexmc.co, and their discord at https://discord.gg/WSKHKsBxKa, to build their community up with them!
Share: